Things to see in Kiev:

Chernobyl' Museum (музей Чорнобиль) - A fascinating and moving museum. No signage in English, but English audio guides are available for a fee - highly recommended. Metro: Kontraktova Plošča. Hreschatik (Хрещатик) Street - The main drag of the city centre. It is closed to traffic on weekends and full of entertainers and people wandering around. A big happy crowd and very conducive to peoplewatching. Metro: Majdan Nezaležnosti or Hreščatik. Pecherska Lavra (Печерська лавра) - The cave monastery was founded in the 11th century by St Antoniy. The caves were dug out by priests who lived there as hermits. Nowadays, the caves are venerated by the faithful and tourists who visit the mummified monks, and pilgrims are still allowed access to the underground church there. Museum of Folk Architecture and Rural Life (Музей народної архітектури та побуту - Muzey narodnoyi arkhitetury ta pobutu) - 6 restored rural Ukranian villiages. English-speaking (sort of) guides with expertise on the whole site are available and well worth-it. Ukrainians come on sunny days to relax in the grass. Bus #156 from Respubliksy Stadion Metro station goes there for US$0.30 (pay driver). St Sophia's Cathedral (Собор Святої Софії - Sobor Sviatoyi Sofiyi)- The oldest remaining church in Kiev. Parts of Sofivskiy date from the 11th century, and is the site of the Virgin Orans mosaic. The gatehouse and other restorations were completed in the 17th century. Outside the gates, there is a statue commemorating Bogdan Hmelnitski, who liberated Kiev in the 17th century... then gave the city to the Russian Empire. Metro: Zoloti Vorota Motherland Statue and War memorials - Kiev was pretty much destroyed during the invasion in WWII. The memorial near the motherland statue is pretty gripping. Lots of examples of classic Soviet-era memorial statuary as well as some amazing exhibits of military hardware. The Museum to the Great Patriotic War (WWII) located in the base of the statue is a must-see for visitors interested in the impact the German invasion had on the Soviet Union. Well worth the visit even if you don't speak or read any Russian (several English language tours are provided daily). It's well curated and full of artifacts (including weapons, battle maps, hundreds of original photographs, and a moving installation at the end of the exhibit symbolizing the great losses suffered). There is also a small museum of the Afghan conflict nearby. Try to enter coming from the top part of the Pecherska Lavra. This way you get submerged with old soviet music and dark statues. Metro: Pečerska, Arsenalna Babiy Yar - a ravine which was the site of massacres of Jews, Gypsies, and other civilians by the Nazis and their puppets during World War II. Approximately 60,000 civilians were executed at this site during the war (over 34,000 Jews in the first two days alone). Now a memorial to "Soviet citizens" murdered by the Germans, the park can be reached via the metro. Zoloti Vorota (Золоті ворота) - This is 1982 reconstruction of the Golden Gates of Kiev. Metro: Zoloti Vorota Maydan Nezalezhnosti (Майдан Незалежності) - Independence Square, located on Khreschatyk Street. Maidan is known throughout the world as the place where supporters of Yuschenko and the Orange Revolution camped for weeks on end in October 2004. This is a central meeting place in Kiev. Metro: Maydan Nezalezhnosti or Kreschatik Kiev TV Tower (Телевезійна вежа - Televezijna vezha) is the tallest lattice tower in the world. It is not accessible for tourists. Andriyivskiy Uzviz (Андріївський узвіз) or Andrew's Descent - At the top of this quaint cobblestone street is St Andrew's Church. Andrew's Descent starts here and winds down to Kontraktova Ploscha in Podil. The street is lined with souvenir sellers, restaurants, galleries and museums. Touristy but retains charm. One Street Museum (Музей однієї вулиці - Muzej odniei vulitsi). (Andriyivskij uzviz (Андріївський узвіз), 2-B Kyiv.) The collection of the One Street Museum is dedicated to the history of the Andriyivskyi uzviz (Andrew's Descent) and its famous residents. Open daily from 12 noon to 6PM (closed Mondays) Web-site of the One Street Museum Mariyinskiy Palace (Мариїнський Палац) and Mariyinsky park where Lovers' bridge is situated. Kiev Startpagina gives a quick overview of all attractions. State Aviation Museum - located inside the old Zhulyany Airport with many impressive Soviet civil and military aircraft on display, including an An-2, Tu-104, Il-62, Il-76 and an Il-86. The museum is opposite to the airport terminal, which is an industrial zone. Take Trolleybus #9 from the train station or #22 from Šuljavska (Шулявська) metro station, both will take you only to the terminal. From there, take a taxi, or exit the terminal complex and walk clockwise along the perimeter of the airport (30-40 minutes). You should see an ATM machine and a trolleybus depot along the way (remember your way back too as the roads tend to be converging towards the museum while diverging on the way back!). Walking after dark is not advisable as the area is poorly lit and stray dogs are present. Admission: 12UAH. German Military graveyard- located on the road to Odessa, about 20 km away from kiev, next to the Kiev cemetetary. A proof for the peoples connecting works of the german "Kriegsgräberfürsorge". About 10000 german soldiers are buried here, after the battles around Kiev in 1941 and 1944.AS hamburg Great Gate of Kiev - desribed by Mr. Mussorgski in "Pictures of an Exhibition", rebuild in the eighties, quite a nice spot to visit and learn about the town walls. some nice buildings are also around as well as luxury cars parking on the side walks. 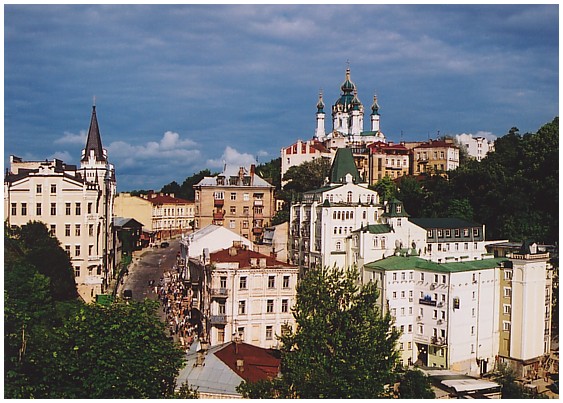 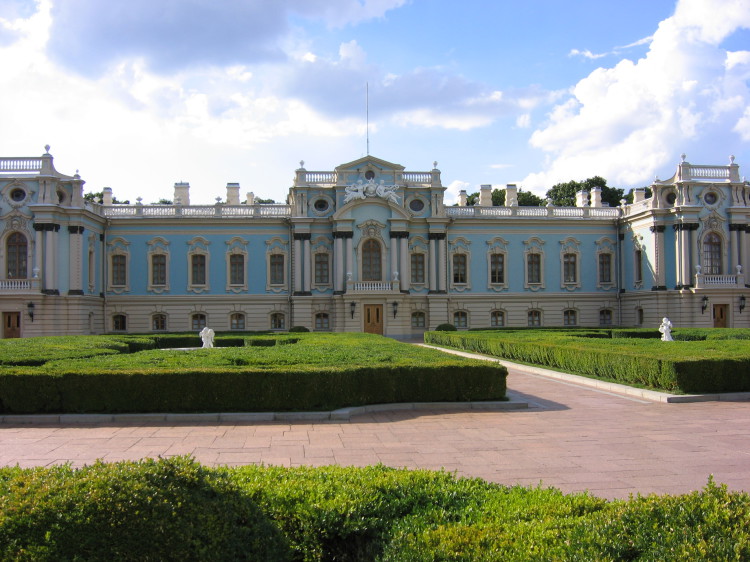 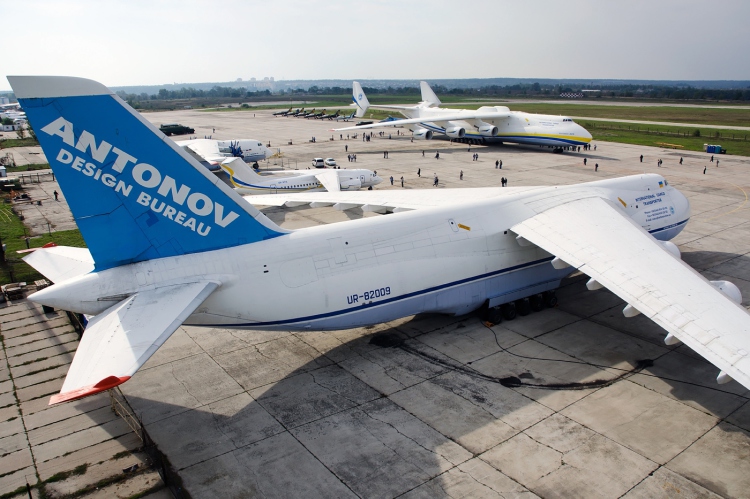 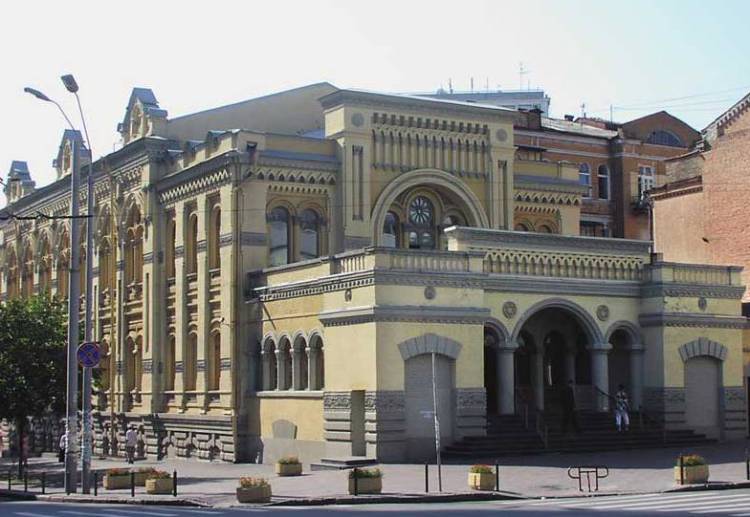 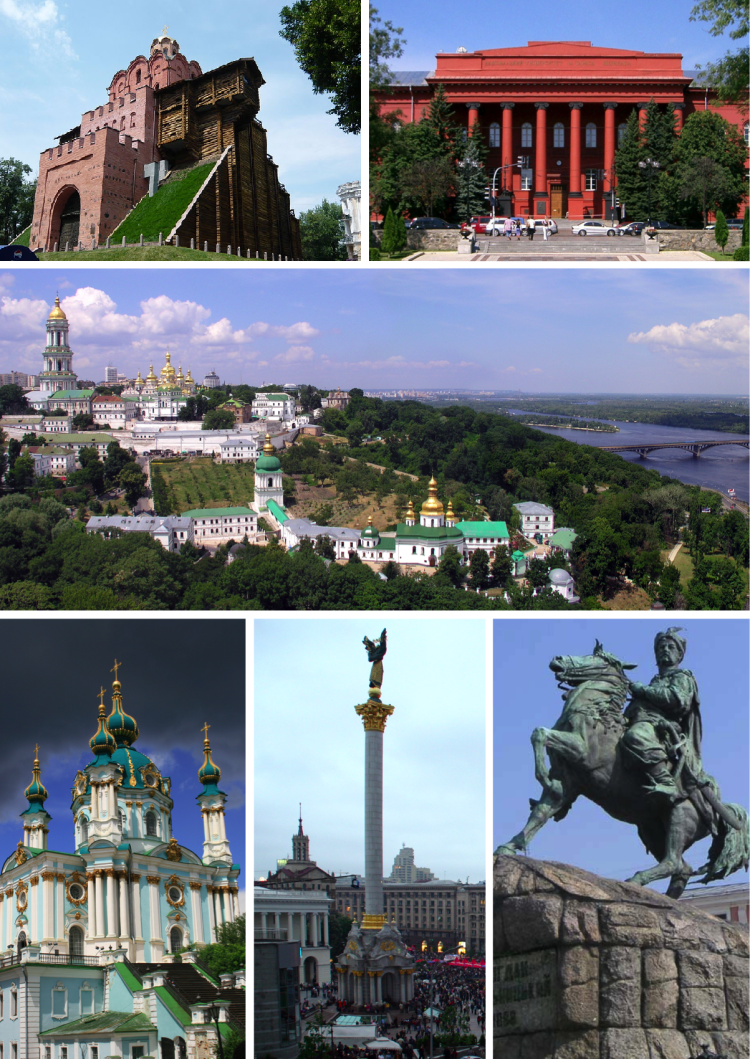 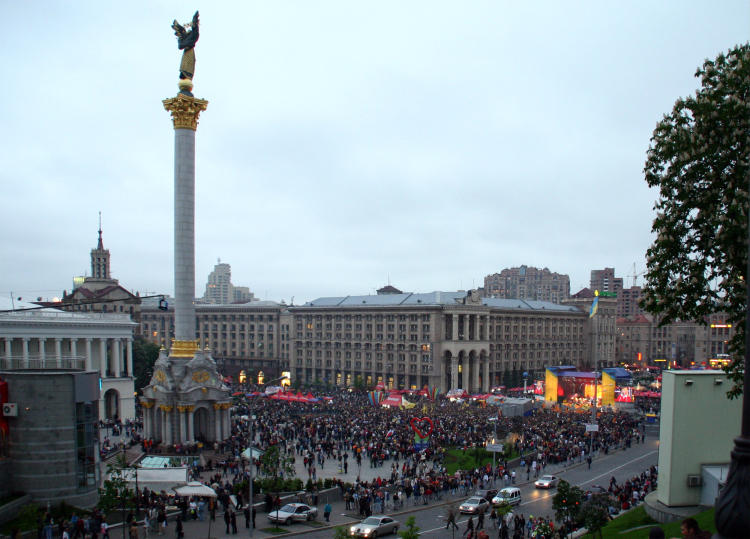 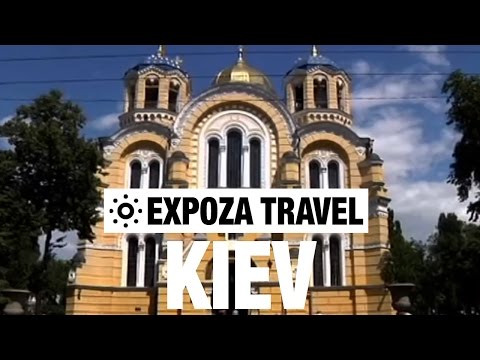 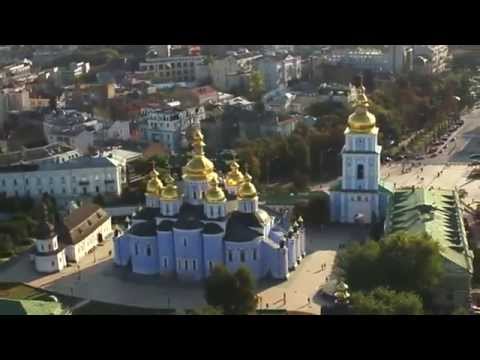 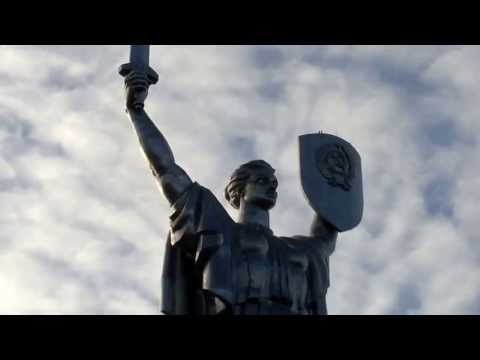 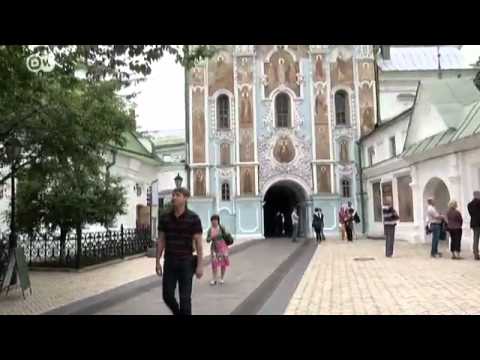 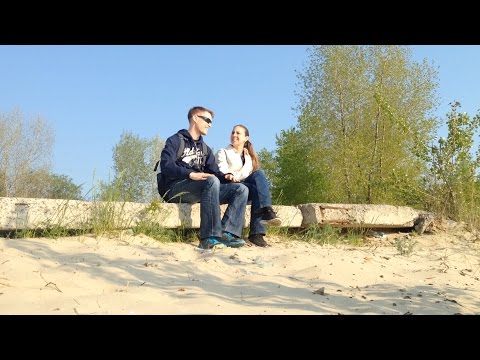 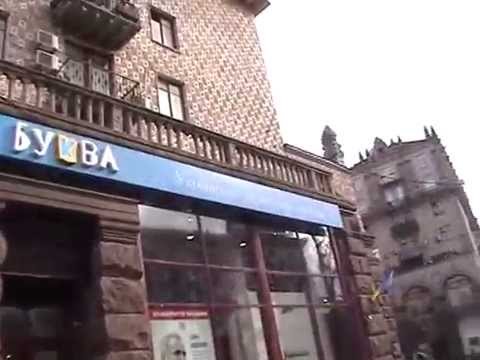 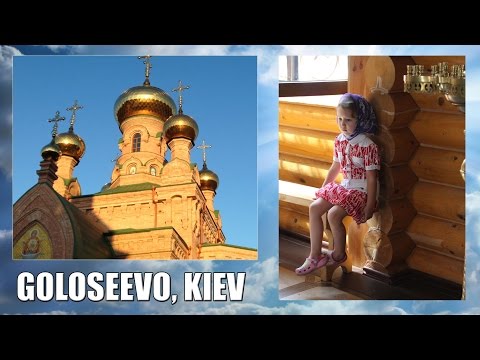 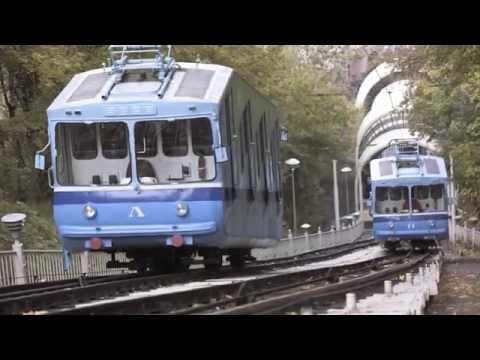 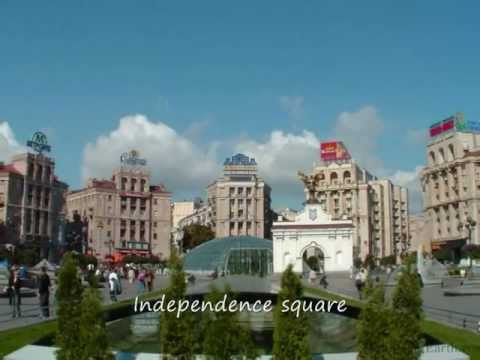 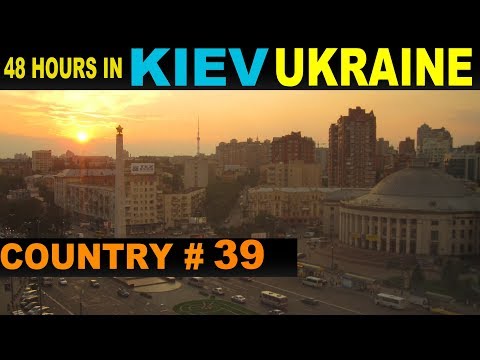 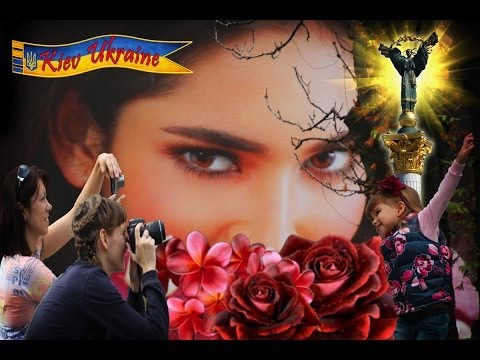 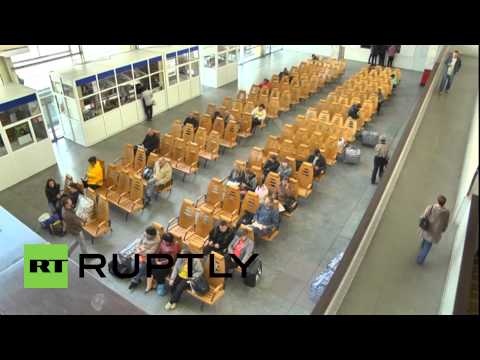 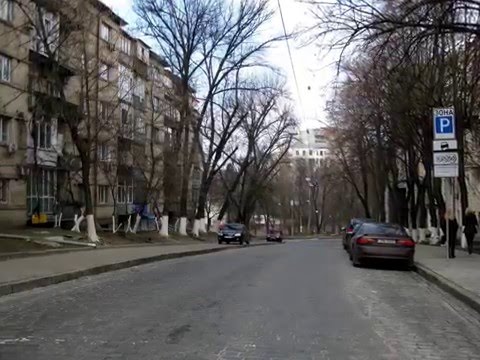 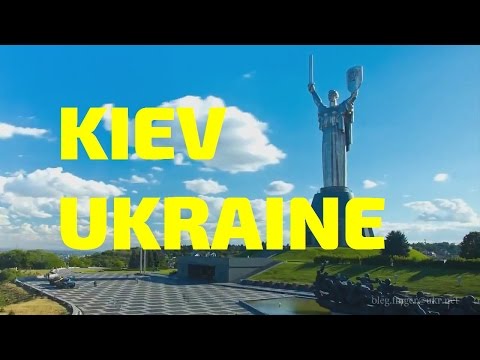 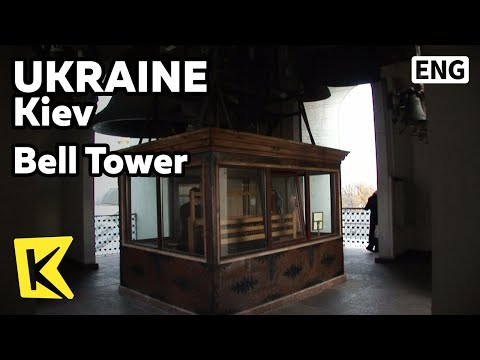 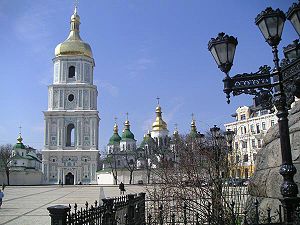 🍪 We use cookies to ensure that we give you the best experience on our website. Learn more
Please rate your enjoyment of Kiev

Rate Kiev when logged in will allow you to chart your experience amonst other TravelEye member benefits.
Registration is free. Click here to login or here to register.